Designing museum layouts and routes is both idea and creativity as well as technical and design skills. The Exhibit Designer deals with the design of all technical components of museum routes and temporary exhibition layouts, trying to harmonise his work with the curator's idea and the works of art in the best possible way. He also thinks about the conservation of the artistic and cultural heritage of the museum and seeks sustainable solutions suitable for the institution he represents. He is a professional who must have an excellent knowledge of the physical characteristics of light, colour, design techniques and tools as well as an understanding of the aesthetics of sources.
In recent years, the figure of the exhibition designer has become of fundamental importance for any curatorial project, especially with the advent of new forms of contemporary art, such as video art, multisensory installations and virtual tours. The experience, know-how and expertise of the museum designer are used not only for installations, but also in the service of communication, since in exhibition projects the ultimate goal is to communicate the message of the works of art to the visitor.
Having graphic dexterity and being able to draw by hand or through a PC is indispensable for realising projects and drafts. 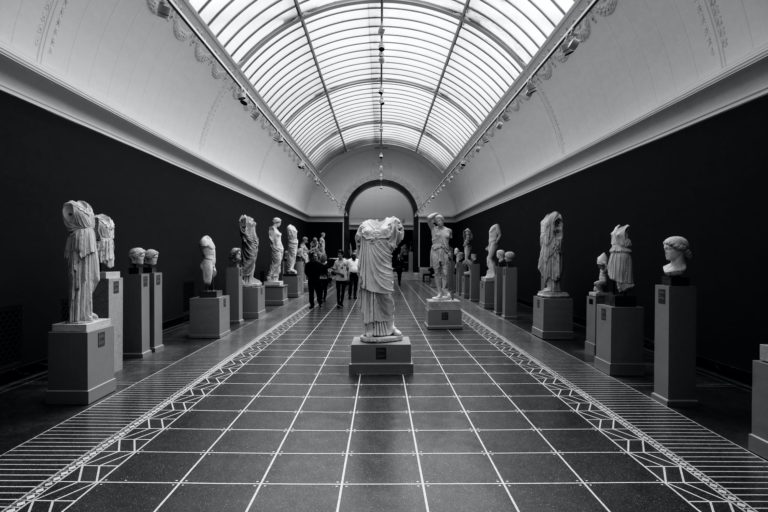 Do you want to become a professional museum designer?
the specialisation course in Visual Museum is a full-immersion course that will enable you to learn advanced design techniques in the design of museum itineraries and layouts for exhibitions and cultural events.

Who is the Museum Designer?

The Museum Designer can work as a freelancer or collaborate within museums and art galleries in the design and exhibition design offices. The largest museums around the world rely on this figure, who in addition to being passionate about the art world must have a foundation in architecture and design.

What you will learn 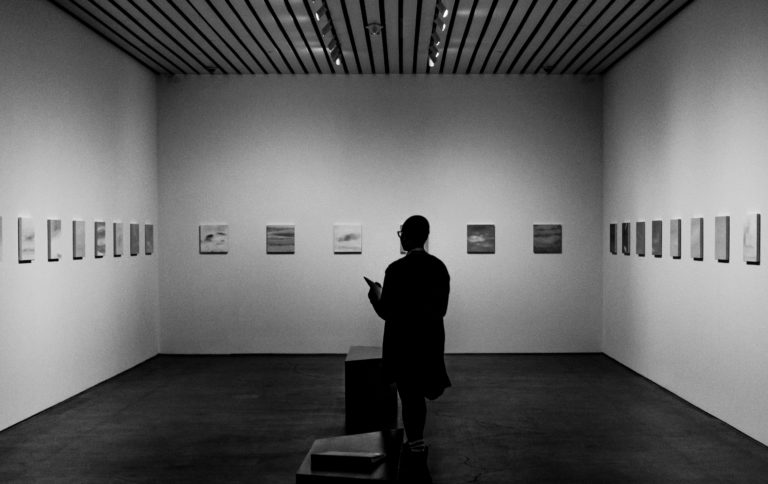 Phases of the route

Possibility of financing the enrolment fee Video CV editing and updating for dissemination to companies in the sector at the end of the training course in the candidate's region of preference.

Fill out the information request form and we will contact you within a few days. In the selection of candidates the scholastic CV, work experience and motivational letter will be considered. It is possible and advisable to send a portfolio of previous works. The examining commission, considering these elements, will communicate the result of the selection and the admission to the Course.

Sergio Pappalettera founded Studio Prodesign in 1985 together with Patrizia Ferrante.
He works in the field of graphic design, taking care of the creative direction of editorial projects, events, large shows and exhibitions.
Creativity, design, production: Il Gioco del Mondo exhibition at the Milan Triennale, The Tree of Life for Expo 2015, Microsoft Event for the Fuorisalone in Milan, visual show for the play Paradiso XXXIII with Elio Germano, Save the night Jägermeister and, among the latest adventures, Maneskin's performance at the EMAs 2021. Art director for Striscia La Notizia and Jova Beach Party.

Luca Solazzo was born in Rome, where he graduated in Architecture at La Sapienza University, with a thesis in Industrial Design entitled 'The places of pause in working environments'. In 2005, he obtained a 2nd level Master's degree in Lighting Design. He dedicates himself to research and experimentation, participating in national and international design seminars, as well as in several architecture and design competitions, including the winning project of the National Design Competition on offices of the future "Ufficio Ideale". Lecturer in architecture at La Sapienza University in Rome and Camerino University in Ascoli. He has participated in several television programmes on interior design, including "Case e Stili" (Alice TV channel) and "Work in Progress" (Sky TV channel). In addition to his freelance activities as a planner and project manager, he also works as a designer, designing and producing furnishing accessories, some of which are on sale in specialised shops. Many of his works have been the subject of publications in the main magazines of the sector including: l'Arca, Ottagono, Abitare, Inside Quality Design, Progetti, Ambiente Casa, Casa 99 Idee. He founded the Luca Solazzo Architettura e Design studio in 2000. He has collaborated for several museums on lighting and installations. He is currently active in the field of interior architecture and residential and commercial research and design, in Rome and throughout Italy. 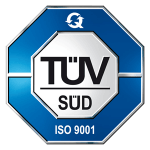 Contact us, we will give you more information about your training without obligation