Menu
LET'S PROJECT, SEND US YOUR PROJECT AND WIN!

The History of Packaging Design. From necessity to creativity.

The Packaging Designor thethe art of creating packaging and wrapping for products on the market, is an activity that encompasses a multiplicity of skills. From the graphic-advertising part to the actual technical part of designguarantee that the product contained in the packaging is stored in the correct manner, the packaging design is an area of design that requires in-depth and specialised study, which only an excellent course such as the Italian Design Institute short master's degree can guarantee.

The History of Packaging Design.

La history of packaging design begins with man's need to store food. Already in prehistoric times there are traces of early examples of containers, such as gourds, shells, logs and animal entrails, while in 2000 B.C. it appears that wells filled with ice were used to preserve meat.
Terracotta jars, saddlebags and amphorae for oil and wine, urns and cruets for ointments, straw baskets for fruit, are other rudimentary but effective forms of containers from the past.
Around 100 BC, paper was invented in China and five hundred years later, pots began to be made of metal.

Also in 1400 AD, in the middle of the century, movable type printing was invented. And this is where the real industrial revolution started with the birth of paper-printed labels.
However, we will have to wait until 1800 to start the packaging in the sense we understand it today. In fact, the first machine for industrial glass production and the first artificial plastic material and the first corrugated cardboard. Large-scale mechanisation, enabling the production of ever larger quantities of individual items, soon took the place of manual labour.

In 1869, the cellulosealuminium in 1885 and in 1902 the first machine for the production of glass bottles.
In 1915, the aluminium foil for tubes and foil, all materials that revolutionised and marked the packaging design subsequent years up to the present day.

The objective is no longer just to preserve products, protect them and ensure that they do not deteriorate in the short term, but also to differentiate them in a market where competition prevails, as well as to respond to the needs of customers who have less and less time to devote to home and family.

On 18 June 1889, in fact, Charles Stilwell perfects a machine invented by Margaret Knightto produce flat-bottomed paper bags with pleated sides to save time in folding and space in storage.

Soon, the packages and packaging also become beautiful to look at, like real collector's items.
Especially in the 1930s, in the United States, the 'mass consumption' and the packaging takes on the meaning of an object designed to better sell a product, without any other purpose.

Among the many 'inventions' in the packaging of these years we have:

And again:
polystyrene, pvc and the first spray can.

In Italy, the 'market' remains in embryonic form, although the revolutionary tetrapakconsisting of three overlapping layers of paper, polyethylene and aluminium, useful for storing perishable products such as milk. 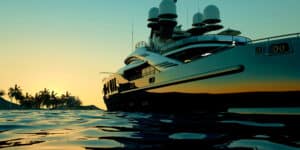 Yacht designer: training to become a professional in a growing industry

Change of course for the nautical world after the pandemic. The sector, in fact, is getting off to a flying start with numbers that would appear to be truly encouraging.

Fashion photography: the meeting of design and art at all levels